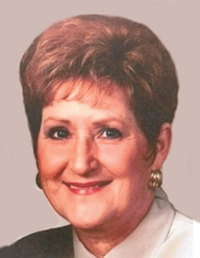 Doris Margurite Terry of Brooks, passed away peacefully in Palliative Care at the Brooks Health Centre on Saturday, September 2nd, 2017 at the age of 79 years. She was the beloved wife of Robert Leonard Terry, who passed away November 20th, 2007. Doris was born on July 9th, 1938 in Edmonton to Aline and Harold Hughes. She is survived by her children, Brian Feeney of Brooks and Janine Anderson and her husband Ian of Edmonton and her grandchildren, Danielle and Riannon Anderson, also of Edmonton. In memory of Doris, if friends desire, memorial tributes may be made to either Canadian Cancer Society, #200, 325 Manning Road NE, Calgary, Alberta T2E 9Z9 or charity of choice.