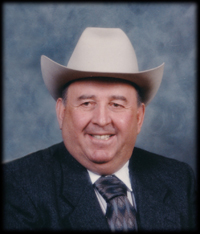 Mr. Lloyd Kenneth Widmer, beloved husband of Rose Marie Widmer, passed away peacefully at Masterpiece River Ridge on Wednesday, September 13, 2017, at the age of 81 years. Ken farmed and ranched South of Welsh until he moved to Medicine Hat in 1977. He met Rose Marie in 1985 and they were married on October 8, 1994. Ken enjoyed fishing, listening to audio books and music, meeting friends for coffee and spending time with family. He was president of the Canadian Council of the Blind (CCB) for many years. Ken was predeceased by his parents, Oscar and Edith Widmer; mother-in-law and father-in-law, Gertie and Bill Ayers; sister-in-law, Gloria Scribner. He will be lovingly remembered by his wife, Rose Marie and his five children; Rick (Lillian) Blade, Charlene (Terry) Petersen, Christine (Grant) Christianson, Clif Blade, Rosalind Blade (Denny Gilmore); 10 grandchildren and 13 great-grandchildren as well as sister-in-law, Alice (Quentin) Brehmer. Ken has been in nursing care for the past eight years with Parkinson’s. The family wish to thank the Good Samaritans, Haven View and River Ridge for their devotion to Ken during his time with them. A Celebration of Ken’s life will be held at Cook Southland Funeral Chapel, 901 – 13 Street S.W., Medicine Hat, on Saturday, September 16, 2017, at 1:00 p.m. with Life Celebrant Gerry Getz officiating. Interment to follow at Hillside Cemetery. (Condolences may be expressed by visiting our website www.cooksouthland.com) Honoured to serve the family is