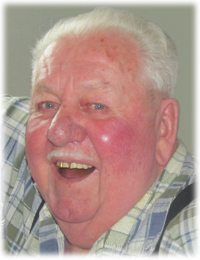 Mr. Raymond “Butch” Stafford passed away on Tuesday, October 3, 2017, in Medicine Hat, at the age of 83 years. Butch leaves to cherish his memory, his sons Raymond Jr. “Casey” and Patrick (Amber); grandchildren, Colby, Shelten and Jacob and his sister, Rita (Paul) Lohmann as well as numerous nieces and nephews. Butch was predeceased by his wife, Loreen in 2007. Butch was born and raised in Moose Jaw, Saskatchewan and moved to Medicine Hat when he was 28 years old. He married Loreen Moser in May 1961 and worked at Ogilvie Flour Mill for 35 years. Butch was an avid CB radio talker and his handle was “Jolly Miller”. He was a big jokester and enjoyed fishing, camping and hunting. Butch’s life will be honoured and his memory cherished without the proceedings of a formal funeral service. (Condolences may be expressed by visiting our website at www.cooksouthland.com). Honoured to serve the family is