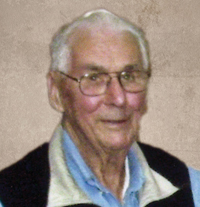 Hector Herman Schneider, beloved husband of Violina “Vi” Schneider of Medicine Hat, passed away on Monday, October 30th, 2017 at the age of 92 years. Hector also leaves to cherish his memory one son, Doug Schneider (Nasim Karimi); one daughter, Gerri Schneider; one son-in-law, Brian Langevin; three grandchildren, Josh Schneider, Jesse Schneider and D-Jay Schneider; one sister, Irene Eaton; as well as numerous nieces and nephews. Hector was predeceased by one son, Robert Dale Schneider, in infancy; one daughter, Marilyn Langevin; his parents, Herman and Louise Schneider; and three brothers, Milbert (Naomi) Schneider, Bill (Edna) Schneider and Kenny (Mary) Schneider. Hector was born on July 25th, 1925 in Surprise, Saskatchewan and was raised in the Schuler district. He married Violina Eagle on June 30th, 1949 in Medicine Hat. Hector and Vi bought land in Maple Creek and created a successful pure-bred cattle herd for the next 25 years. In October of 1976 they sold the ranch and moved to Wetaskawin where Hector became a Hereford consultant. In 1983 they moved to Medicine Hat and worked the pure-bred cattle sales promoting the Hereford breed. Hector was a member of the Senior Slow Pitch, the Moose Lodge and the Connaught Golf Club where he enjoyed many games of golf with friends. Those wishing to pay their respects may do so at SAAMIS MEMORIAL FUNERAL CHAPEL, 1 Dunmore Road SE, on Saturday, November 4th, 2017 from 12:00 noon until 12:55 p.m. The Funeral Service will be held at SAAMIS MEMORIAL FUNERAL CHAPEL, on Saturday, November 4th, 2017 at 1:00 p.m. with Gary W. Goran officiating. Interment will follow at Saamis Prairie View Cemetery. Memorial gifts in Hector’s memory may be made to the Canadian Cancer Society (Breast Cancer Research), 325 Manning Road NE, Calgary, AB T2E 2P5. Condolences may be sent through www.saamis.com or to condolences@saamis.com subject heading Hector Schneider. Funeral arrangements are entrusted to