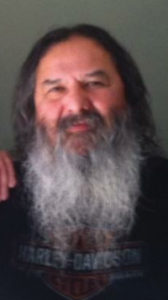 It is with deep sadness we announce the passing of Dennis Porth Sr. on Friday, November 3, 2017 at the Medicine Hat Regional Hospital. Dennis was born on November 10, 1957 to Evelyn and Jack Porth. He grew up in Riverton, Manitoba and moved to Fort McMurray, Alberta in 1979 where he met and married his wife, Janice, of 33 years. Dennis is survived by his loving wife, Janice; his four children, Jaime, Bobbi-Lee (Steve), Tonya (Lee), and Dennis Jr.; his nine grandchildren, Coral, Starr, Skye, Honor, Sterling, Cheyenne, Shania, Lee James, and Sadie whom were the loves of his life. He also leaves behind his siblings, Linda, Carol (Leonard), Lois (Merv), Lorraine (Johnnie), Conrad (Denise), Bobby, Gerry, Larry (Tammy), and Harvey (Debbie); his sisters-in-law, Kim and Debbie; his mother-in-law, Joan; his brothers-in-law, Cliff (Sherry), Jim (Colleen), and David (April); as well as numerous cousins, nieces, nephews and many friends. Dennis also leaves behind his beloved 1962 Panhead Harley Davidson. Dennis was predeceased by his infant daughter, Angela; his mother, Evelyn; his father, Jack Sr.; his father-in-law, George McCallum; his brothers, Jackie Jr. and Dale; and his nephews, Bruce, Calvin, Derek and Kyle. Dennis Porth Sr. was a compassionate, loving man and friend to all. He loved building and rebuilding his bikes and cars and most of all loved hanging with his grandchildren. He was a shovel operator at Syncrude for 30 years. The family would like to thank the doctors and nurses at Calgary South Health Campus and the Medicine Hat Regional Hospital, 6th Floor, Palliative Care, for their care and compassion. A Memorial Service will be held at a later date in Riverton, Manitoba. In lieu of flowers, donations in Dennis’ memory may be made to Pastaw Place Detox Centre, 505 Sakitawaw Trail South, Fort McMurray, Alberta, T9H 4P3, (780-791-2525). Condolences may be sent through www.saamis.com or to condolences@saamis.com subject heading Dennis Porth. Funeral arrangements are entrusted to