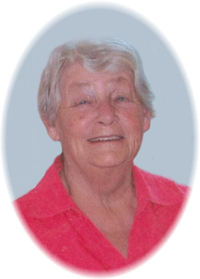 Lily-Anne Blatch of Brooks, beloved wife of Derek Blatch, passed away in Brooks on Wednesday, November 8th, 2017 at the age of 75 years. Lily-Anne was born to Isabel and Raymond Greaves on Dec 8th, 1941 in Winnipeg, Manitoba and grew up and completed her schooling in Brooks. Lily-Anne married a few years later and had two children, Karyn and Brad Gustum. Lily-Anne was remarried on August 11th, 1984 to Derek Blatch, in Medicine Hat and spent the remainder of her life with him. Among the highlights of her life was the birth of her 3 very special grandchildren, whom she loved with all her heart. Lily-Anne was a very sweet, kind and gentle soul, who always had a hug for anyone she met, and preferred laughter over tears whenever life threw a challenge her way. Her home was filled with much laughter over the years. Lily-Anne will be lovingly remembered and greatly missed by all. She was predeceased by her mother Isabel, in 1999 and her son Brad, in 2009. Lily-Anne is survived by her loving husband Derek; daughter, Karyn Norden and her husband Herb; father Raymond Greaves; brother Allan Greaves and grandchildren, Cooper Norden, Nolan Gustom and Kara Gustom. Funeral services will be held on Tuesday, November 14th at 2:00 PM from Smith Memorial Chapel. Rev. Esther Baerends officiating. Interment to follow at Brooks Cemetery. In memory of Lily-Anne, if friends desire, memorial tributes may be made to either Heart and Stroke Foundation of Alberta, Room 124 Professional Building, 430 – 6th Avenue S.E., Medicine Hat, Alberta T1A 2S8 or Brooks Animal Protection Society, Box 86, Brooks, Alberta T1R 1B2.