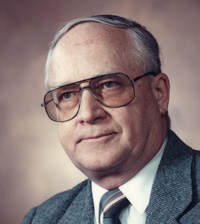 It is with heavy hearts that we announce the passing of our beloved father, Chester “Ches” Rossler on Friday, November 24th, 2017 at the age of 86 years. His memory will be cherished in the hearts of his four children, Greg Rossler, Wayne Rossler (Carrie Berthelette), Scott Rossler and Nancy (Jim) Burgess. He is survived by his sister, Laurie Rossler; brothers, Norman (Louise), Gordon (Grace), Bob (Joan) and Sam; his children’s mother, Rosemary (Gene) Sailer; his sisters-in-law, Linda Rossler and Mary Brettle; as well as numerous nieces and nephews. Ches was predeceased by his parents, Fred and Emelia Rossler; his brothers, Manley, George and Harold; his sister-in-law, Gail Rossler; his brother-in-law, Tom Owens; and Tom’s wife, Mary Thuroo. Ches was born on August 25th, 1931 in Castor, Alberta. He was raised on the family farm in the Spondin District. Ches married Rosemary Owens in 1959. They moved to Vancouver, BC and that is where their first 3 children were born. Ches was employed at A & C Knight Ltd. in Vancouver. In 1966 a new plant was opening in Medicine Hat so Ches moved his family back to Alberta and it was there in Medicine Hat that they made their home. In 1968 their 4th child, Greg was born completing their family. After Knight Schmidt Industries shutdown Ches went to work at Sears Canada in Floor Coverings. It was from there that he retired in 1996. Ches enjoyed his retirement spending time with his children, golfing, playing pool, watching curling and going for coffee with his buddies at the Dairy Queen. Ches will always be remembered as being a kind and thoughtful man who could fix or build just about anything and he loved to reminisce about the past. The Funeral Service will be held at SAAMIS MEMORIAL FUNERAL CHAPEL, 1 Dunmore Road SE, on Wednesday, November 29th, 2017 at 1:00 p.m. with Gary W. Goran officiating. A private interment will take place at Hillside Cemetery. Memorial gifts in Ches’s memory may be made to the Alberta Heart and Stroke Foundation, 340A Maple Avenue SE, Medicine Hat, AB, T1A 7L5. Condolences may be sent through www.saamis.com or to condolences@saamis.com subject heading Chester Rossler. Funeral arrangements are entrusted to