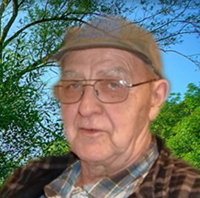 The family of the late Jimmy (Jim) Rieger are sad to announce the passing of their husband, father, grandfather, great-grandfather and friend on Thursday, November 23, 2017, at the age of 77 years.

Jim was a hardworking man with a very strong work ethic. He treasured his family above all else. He always made sure that his family had a good summer vacation. Sometimes it was just a camping trip, other times it was longer trips to Yellowstone, The Black Hills, Victoria and other points.

Jim began his working years at a very young age, he was employed at Dominion Glass for 33 years. While at the glass plant, Jim obtained his millwright ticket which proved to be a blessing when the plant shut down in 1989. He immediately obtained employment with Quinn Construction and worked on various plant shut downs throughout the province. He got tired of working away from home and sought employment at CFB Suffield doing ventilation maintenance; he remained there for ten years.

Jim is survived by his wife, Vi; his children, Lori Cox of Woodstock, Ont., Jamie Rieger of Medicine Hat, Melody (Jim) McCoy of Rush Lake, Sask., Trevor Rieger of Redcliff and Tracey Robinson of Medicine Hat; eight grandchildren, Liz Cox and David Cox both of Ontario, Krystal and Russell McCoy of Saskatchewan, Jessica, Katelyn and Isabelle Robinson of Medicine Hat and Carmen Garbutt of Medicine Hat as well as seven great-grandchildren. He had a very special friend, Philip Boser who was always there not only for Jim, but also for his family; he was another uncle to the kids. He is survived by a sister, Ruby Fischer; brother, Randy (Linda) Rieger; sisters-in-law, Shirley Rieger, Frances Crane and Martha Jans; brother-in-law, Wallace (Pam) Jans; numerous nieces and nephews and granddog, Sam.

At Jim’s request, no formal funeral service will be held. A private family gathering of remembrance was held.

(Condolences may be expressed by visiting our website at www.cooksouthland.com)