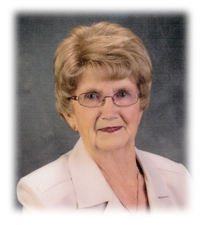 Lammigje Hazelaar went to be with her Lord and Savior on Tuesday, November 28, 2017, at the age of 90 years. Lammy will be dearly missed by her daughters, Marlene Hazelaar and Chris (Jim) Harty; grandchildren, Jonathan Hazelaar, William Hazelaar, David (Danielle)â€ˆHazelaar, Kevin Hazelaar, Justin (Pam) Harty, Ryan Harty (Simone Schimpf); great-grandchildren, Mason and Brielle Harty; brothers, Willem (Dina) Hummel, Cornelis (Tita) Hummel and Lucas (Susan) Hummel; sisters-in-law, Betty (Bill) Schollaardt, Lynn Hazelaar, Rita Hazelaar and Audrey Hazelaar as well as numerous cousins, nieces and nephews. She was predeceased by her husband, John Hazelaar in 1975 and son, Lew Hazelaar in 2007 as well as five sisters and two brothers. Lammy was born in De Wijk, Drente, the Netherlands on July 15, 1927 to Lucas and Willemina Hummel and was raised in Hollandscheveld. She, along with her mother, father and four brothers immigrated to Canada in the spring of 1949 and settled in Nobleford. In 1954, she married the love of her life, John Hazelaar, and together they made their home in Medicine Hat where they had three children. In 1965, they moved to Redcliff to start their own greenhouse business. After John’s death, Lammy and the children moved back to Medicine Hat where she worked at the All Seasons Restaurant until 1985. She enjoyed gardening and did lots of crocheting. Lammy enjoyed watching her grandchildren play hockey and soccer in Medicine Hat as well as visiting her grandchildren in Edmonton. She loved travelling and went to many different countries, enjoying each trip she took. Lammy was a quiet woman with a strong faith in God making it easier to go through life with Him as her guide. She had difficult times but also a very rich life which she appreciated to the end. She will be dearly missed by her family and friends. Family wish to express their appreciation to everyone at the Meadow Ridge Seniors Village for taking care of their Mom this past year. Thank you to Diane and Pastor George for the time that they spent with Lammy during her final weeks. A special thank you to the staff at St. Joseph’s Home – Carmel Hospice for making their Mom’s last days as comfortable as possible. Those wishing to pay their respects may do so at Cook Southland Funeral Chapel, 901 – 13 Street S.W., Medicine Hat on Friday, December 1, 2017, between 9:00 and 9:30 a.m. with interment thereafter at Hillside Cemetery. A Celebration of Lammy’s life will follow at the Christian Reformed Church, 300 Primrose Drive S.E., Medicine Hat on Friday at 11:00 a.m. with Pastor George Koopmans officiating. (Condolences may be expressed by visiting www.cooksouthland.com) Memorial gifts in Lammy’s name may be made to the charity of one’s choice as she donated to many charities herself. Honoured to serve the family is