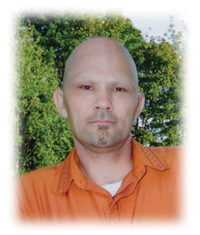 It is with sadness that the family of Gregory Mike Nowak announce his sudden passing which occurred in Medicine Hat at the age of 46 years. Greg was born in Winnipeg, Manitoba on February 17, 1971 and passed away on November 23, 2017. Greg is survived by his wife of 14 years, Roxanne Maurer-Nowak; his mother, Zofia Nowak; brother, Ricky Nowak; sister, Tisa Nowak; children, Jessica , Jeffery, Michael, Nikki, Jasmine, Alexander as well as his step-son, Damian. He is also survived by his mother-in-law, Shirley Maurer (nee Boschee); brother-in-law, Nathan Maurer as well as many friends including Elsie Hall and Elly-Mae Jr. Hall who he considered as his own. Greg was predeceased by his father, Marion Nowak; uncle, Henry Zbrog and father-in-law, David Maurer. Greg was known for helping others and always checking in on those he knew to make sure they were okay. He was a huge sports fan with a love for hockey and baseball. Greg loved to cook and was known for his pickle soup and cabbage rolls. He will always be remembered as a loving and caring husband, brother, father and friend and will be dearly missed by all who knew him. A Private Memorial Service has taken place. (Condolences may be expressed by www.cooksouthland.com) If friends so desire, donations in Greg’s name may be made to the Canadian Diabetes Association, 204, 2323 – 32 Avenue N.E., Calgary, Alberta, T2E 6Z3. Honoured to serve the family is