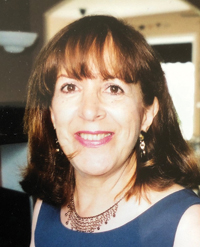 With heavy hearts the family of Evline Rabby, beloved wife of the late Edward Rabby, announces her passing at the Riverview Care Centre in Medicine Hat on Tuesday, December 11, 2018, at the age of 82 years. Evline was born in Jerusalem on March 7, 1936. As a young lady fluent in three languages, she began her career as a secretary in Lebanon and was later transferred to Canada. Soon after starting her new life in Calgary, she met her future husband, Edward. The couple were married in Calgary on June 20, 1970. They moved to Medicine Hat where they raised their family of three children. Evline continued to work, but as time went on she put her full effort into raising her family. She was a devoted mother and grandmother and always had something cooking to feed family, friends and neighbours… even if you weren’t hungry! Evline’s door was always open and she truly welcomed any and all with open arms. Time spent with her family meant the world to her and she was always involved in their activities – she will be deeply missed. Evline will be remembered in the hearts of her children and grandchildren, Patrick (Jennifer) Rabby and their family, Sarah and Max; Michelle (Barry) Stigter and their family, Ethan, Eric and Kate; Philip (Crystal) Rabby and their family, Adilee and Peyson; sister, Nadia (George) Hanania and brothers-in-law and sisters-in-law, Glen and Patricia Rabby, Richard and Liz Rabby as well as numerous nieces and nephews. Evline was predeceased by her husband, Edward as well as four brothers. The Funeral Service will be held at Cook Southland Funeral Chapel, 901 – 13 Street S.W., Medicine Hat, Alberta on Monday, December 17, 2018, at 11:00 a.m. with Reverend Father Vijaya Bathineni officiating. Interment will follow at Hillside Cemetery. The family would like to thank the nurses and staff at Riverview Care Centre for all their love and care. Memorial donations in Evline’s name may be made directly to the Alzheimer Society, 201, 770 – 6th Street S.W., Medicine Hat, Alberta, T1A 4J6. (Condolences may be expressed by visiting our website at www.cooksouthland.com) Honoured to serve the family is