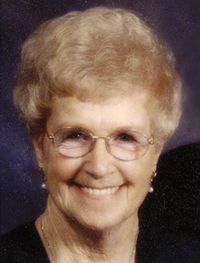 Margaret Innes was born in Bailleston, Glasgow Scotland Aug 7th, 1925 to parents William and Margaret Innes. She passed away December 25th, 2018 in Oyen, Alberta at the age of 93, with her 4 children with her.

Funeral Services will be held at Sacred Heart Church in Oyen, Saturday Dec 29th at 2:00pm

Interment to follow, at Oyen Cemetery, then lunch at the Assumption School Auditorium. IN Lieu of flowers, donations may be made to Big Country Extended Care (Oyen) or Charity of one’s Maclean’s Funeral Home (Oyen,Ab) in charge