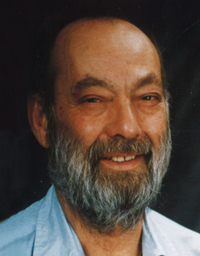 Hironymus Kuntz, beloved husband of Bette Kuntz, passed away in Taber on Tuesday, December 25, 2018 at the age of 89 years.

Harry was born to Adam and Veronica Kuntz on January 26, 1929 in Prelate, Saskatchewan. He was raised on the family farm in Prelate, where he started farming (dryland) with them at age sixteen. After the passing of his parents, Harry along with his brother John, shared the family home and farmed together. At age fifty one, Harry Met Bette VandenBroek, whom he married on June 4, 1983. They moved to Medicine Hat and lived there until 2008, at which time they relocated to Taber where they have resided until the time of his passing.

Harry will be missed by all as he was a very calm, happy and caring man. He was very generous and loving to Bette’s children, grandchildren and great grandchild.

Harry will be remembered in private by his family and friends. Condolences may be forwarded by visiting our website at www.southlandfuneral.com.

The family wishes to thank the nurses, doctors and the emergency staff at the Taber Health Centre for the care given to Harry.