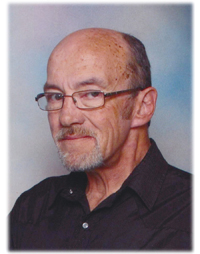 It is with heavy hearts that the family of Douglas Alexander Western announce his passing in Medicine Hat on Sunday, April 7, 2019, at the age of 59 years. He worked for more than 17 years as a dishwasher at the Medicine Hat Lodge. Doug enjoyed time spent assembling model trucks, camping with family and close friends and years of singing karaoke whenever he got the chance. He enjoyed watching car races and the Calgary Flames; he’d be very excited to know that they made the playoffs this year. Doug tried to teach his son Josh how to drive despite the fact that Josh almost drove the van into the ditch, stopping just in time! His memory will be forever treasured in the hearts of his son, Joshua Landry, Josh’s mother, Brenda Landry; girlfriend, Tracy Anhelher; brother, Earl (Kathy) Western and their daughters, Racheal and Lauryn as well as numerous other relatives and friends. Doug was pre-deceased by his sister, Karen Western and his parents, Donald and Joyce Western. Those wishing to pay their respects may do so at Cook Southland Funeral Chapel, 901 – 13 Street S.W., Medicine Hat, on Wednesday, April 10, 2019, between 7:00 p.m. and 8:00 p.m. and again one hour prior to the Celebration of Doug’s Life which will be held at Cook Southland Funeral Chapel on Thursday, April 11, 2019, at 2:00 p.m., with Life Celebrant Gerry Getz officiating. Interment will follow in the family plot at Prairie View Cemetery along side his sister, Karen. If friends so desire, memorial tributes may be made directly to the Canadian Red Cross, 398 Aberdeen Street S.E., Medicine Hat, Alberta T1A 0R2. (Condolences may be expressed by visiting our website at www.cooksouthland.com) Honoured to serve the family is