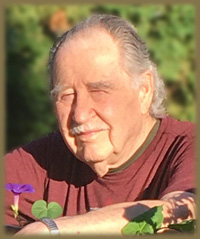 Donald Lemna of Medicine Hat, Alberta passed away peacefully at the Calgary Foothills Medical Center in Calgary on October 24, 2020 at the age of 84. Don was the loving father of Donald Lemna (Joanne) of Chestermere, AB, and Boyd Lemna (Christine) of Manotick, ON. He will be dearly missed by his brothers: Pat and Fred; grandchildren: Joseph (Michele), Sean (Heather), Samantha (Diego), and Robyn; and his great grandchildren Werner, Rachel, and Daisie. Don was predeceased by his soulmate and loving wife of 53 years Deanna, and his grandson Matthew. Don was born in Medicine Hat, Alberta to his parents Edward and Phyllis. He spent his childhood in the Hat, and many years later, when walking through the downtown with his children and grandchildren, he would point out the landmarks of his childhood, and provide a story for each. Don joined the Royal Canadian Air Force in 1955, and attended Royal Roads and the Royal Military College of Canada, where he earned an engineering degree. He met Deanna in his final year of RMC and they were married in 1960. After serving 20 years, Don retired from the military as a Lieutenant Colonel, and the family moved to Sedgewick, Alberta where he took up writing full time. In 1981, Don and Deanna moved to Medicine Hat and it has been his home ever since. He was a published author, avid gardener (tomatoes and morning glories being favorites), friendly neighbour, amateur mason, loving father, and devoted husband, and he will be lovingly remembered by us all. Arrangements for a celebration of life will be made at a later date. To express condolences, please visit: www.mountain viewmemorial.ca.