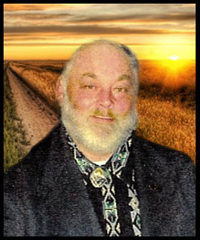 With heavy hearts the family of Miles Edgar Barkley of Jenner, Alberta, announces his passing at the Bow Island Health Centre on Saturday, November 14, 2020, at the age of 68 years. Miles was born in Parry Sound, Ontario on March 17, 1952, a son to proud parents, Harold and Edith Barkley. While he was born in Parry Sound, he was raised in the community of Whitestone. Miles married Beverly in Alberta and they began their life together. He lived in the rural countryside in Jenner where he farmed and also kept the roads maintained as a grader operator. Miles was hard working, honest and always helpful to his fellow man. Miles enjoyed the outdoors where he would go hunting, fishing and ride his ATV and while indoors he would be tuned in to watch hockey and football. He maintained balance in his life and between life at home and work, he made time for his community through his previous involvement with the Elks Lodge. Miles will be missed by his three children, Edie (Nevin) Karvonen, Stewart Barkley and Cameron Barkley; a brother, Paul Barkley; grandchildren, Jesse, Braydon and Mackenzie; brother-in-law and sister-in-law as well as his nieces and nephews. He was pre-deceased by his wife, Beverly; parents, Harold and Edith and a brother, Glen Barkley. At this time, Miles will be silently remembered by family and friends until his life is celebrated at a future date. (Condolences may be expressed by visiting our website at www.cooksouthland.com) Honoured to serve the family is