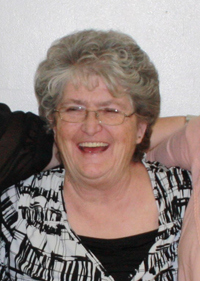 Carole Hurkens of Lethbridge, beloved wife of Henry Hurkens, passed away after a lengthy illness on December, 28, 2020 at the age of 80 years.

Carole’s deepest love was her family. Not only was she a devoted wife, mother and grandmother, but she played an active role in the lives of those she loved. She provided childcare for each of her grandchildren, attended countless in-school and after-school activities, cared for them when they were sick, and spent hours mending clothes, replacing buttons and sewing costumes and pajama pants. Carole was also a mother and grandmother to all that met her, from her own family and their spouses to her friends and their families to the dozens of new friends that all these people brought into her life. Once you entered her home, you were family. Carole will be lovingly missed by all who knew her.

The family would like to thank the staff of the Linden View Lodge in Taber for providing such wonderful care to Carole in her final months.

In lieu of flowers, the family would request that you support the Susan Hurkens School Memorial Award as originally set up by the Hurkens family. Email money transfers can be sent to Sheila Cook at Cooksa@shaw.ca for credit to the Award. Cheques may also be sent to or dropped off at: Scotiabank, 420 Highway Ave (PO Box 190) Picture Butte, AB T0K 1V0. Cheques should be payable to Sheila Cook and the memo line should say in memory of Carole Hurkens.