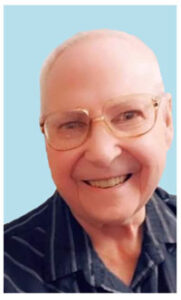 Christian Seefried, 88 of Calgary, Alberta, passed away on Monday, February 22, 2021. Christian was born in Medicine Hat, Alberta on December 4, 1932. He is lovingly remembered by his two brothers, Fred, Walter; his sister, Alvina; his four children, Georgina, Ronald, Angela, Randall; and step child, Samuella; as well as his many nephews, nieces, grandchildren, and great grandchildren. He was predeceased by his mother and father; his three brothers, Jack, Harold, Ralph; and his sister, Helen. Christian Seefried, was a loving father, friend, brother and grandfather. He will be greatly missed. Memorial Service details will be available at a later date. Messages of condolence may be left for the family at www.myalternatives.ca.