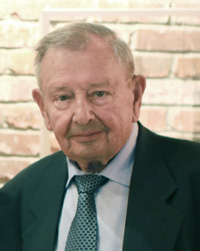 Dolores Amelia Walburger of Medicine Hat, AB, beloved wife of the late Benjamin John “Mick” Walburger, passed away on Sunday, March 7th, 2021 at the age of 91 years. She is survived by her two brothers, John and Shirley Hester and Francis Hester, her four children, Cindy Mulrooney of Medicine Hat, Bud and Myrna Walburger of Strathmore, Blaine and Susan Walburger of Elkwater and Lorie and John Boudreau of Leduc, Alberta. Her six grandchildren and four great grandchildren will forever hold her memory dear to their hearts. She will also sadly be missed by numerous nieces, nephews and many dear friends. She was predeceased by husband Mick and son-in-law Doug Mulrooney. Dolores (Hester) Walburger was born in Havre, Montana on August 16, 1929 She grew up with her family, Dorothy and John Hester and two brothers Johnny and Francis in the Wildhorse area. On October 20, 1949 she married Mick Walburger and they ranched in the Govenlock area for 40 years. She worked side by side with Mick and somehow still found time to have a strong presence in the community. She loved to play ball, dance and enjoyed playing cards. She spent countless hours beating homemade candy, perfecting cream puffs, homemade bread and pies. The coffee was always on and no one ever left the table hungry. She took extreme pride and valued detail and accuracy when bookkeeping for many team roping’s. Mom’s handwriting exemplified her detail to perfection. Dolores was also well known in the community for homemade suave that healed many wounds. During the time, her four children were in school she was involved in their activities including sitting on the Consul School Board as a trustee. When Blaine took over the ranch in 1981, Mick and Dolores moved to Medicine Hat. She joined the Harmonettes and became a Wedding Commissioner. After her numerous hip surgeries, she moved from their home to Teeoda Lodge, Meadow Ridge and Masterpiece where she passed away peacefully with her family by her side on March 7th, 2021 at the age of 91 years. A special thank you from the family to all the Caregivers that supported Mom. A private family graveside service to celebrate Dolores’s life will be take place at Hillside Cemetery with Gary Goran officiating on March 10th, 2021 at 1:00 pm. Those wishing to experience the funeral service via live streaming are encouraged to visit Dolores’ memorial page at www.saamis.com starting at 12:55 pm. Memorial gifts in Delores’s memory may be made to the charity of your choice. Condolences may be sent through www.saamis.com or to condolences@saamis.com subject heading Dolores Walburger. Funeral arrangements are entrusted to