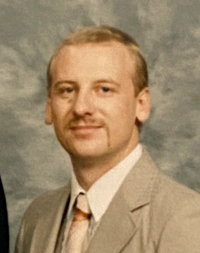 Jason Paul Roberts of Medicine Hat passed away on March 9, 2021 at the age of 48. He leaves to cherish in his memory, his daughter Taylor Bolen. Father David Roberts. Step father Lenoard MacDougall, his siblings Jude Roberts, Johnny (Kelly) MacDougall, James MacDougall, Sean Roberts, Andrea Roberts. Jason also leaves behind numerous aunts, uncles, nieces, nephews, and a great niece. He was predeceased by his beloved mother Elaine MacDougall. Jason was born on June 25,1972 in Lethbridge and spent his lifetime growing up in small towns around Southern Alberta and Southern BC. In his younger years Jason was an athlete who excelled at track and field and baseball. Jason is a carpenter and scaffolder which satisfied his love of building. He was known for being Ceative, very artistic, intelligent, and loyal to the end. Full of laughter and always excited just to experience life to the fullest. The celebration of Jason’s life will be held with family at a later date.