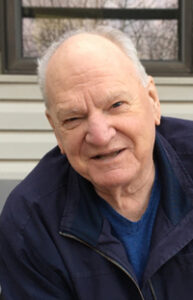 William “Bill” LaLonde of Medicine Hat, AB passed away on Monday April 5, 2021 at 77 years of age. Born in Moose Jaw, SK, Bill moved to Medicine Hat in 1969. He was a mechanic by trade, but skilled in so many areas, always coming up with a new project or a visionary new design. He had a mischievous sense of humor, homespun phrases, and always loved a good deal. He was happiest when building and creating something new or having a visit at the door. Bill was predeceased by his father Joseph in 1946; his mother, Helen in 2009; his sister, Pegg Hamel in in 1997; and his brothers, Tom LaLonde in 2000 and Bob LaLonde in 2012. He will be lovingly remembered by his sisters, Lois Franks, Dort May, and Yvonne (Ralph) Davidson; his daughters, Lori (Robert) Fraser, Susan (Duke) Dorohoy, and Sandra LaLonde (Eric Kirol); his grandchildren, Dayna Heimark, Tylan (Christine) Dorohoy, Emily Fraser, Jonathan Dorohoy, Ian Fraser, and Benjamin Dorohoy; his great-grandchildren, Shyanne, Taiya, Cole, Axle, and Raelee; as well as numerous other relatives and friends. Many thanks to all his healthcare providers over the years, as well as to the emergency responders. Special thanks to all the staff at his favourite restaurants for taking such good care of him and keeping up with his sense of humour. If you have any stories or memories to share, please add them to Bill’s memorial page on the website at http://www.saamis.com. The family looks forward to reading them. Due to current health restrictions, a gathering in Bill’s honour will be announced at a later date. Condolences may be sent through www.saamis.com or to condolences@saamis.com subject heading William LaLonde. Funeral arrangements are entrusted to