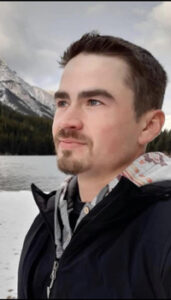 It is with heavy hearts we announce the sudden passing of Brandan Erwin Burles (BB) on March 15, 2021 at the tender age of 27. Brandan is survived by his father Grant, his mother Shauna-Lee (Gene) Jarvi. His brother Charleton (Jamie-Lynn) and their children Cyrus, Alex, Marcus, Sadie and Sienna. His sister Renee (Jeremy) and their children Charles and William, As well as several aunts, uncles and cousins. BB will also be lovingly remembered by the Watson family, Deni, Tanner (Elysia), their children Abby and Everly, Shaye, her daughter Keely and Jace. BB grew up in Redcliff, Alberta, but moved to Calgary in his early teens, he then spent most of his adult life between Calgary and Redcliff but was always a Redcliff “ kid “ at heart. He was excited to be moving back at the end of March and Shaye and Keely were looking forward to having their “ roomie” back. Brandan had many skills and could build, fix, wire and install pretty much anything, which made him a valuable asset to the construction industry where he was employed. He was also a talented artist and woodcarver (gifts he was fortunate to inherited from both his mom and dad ). Much of BB’s art work hangs proudly on the walls of his loved ones. BB loved an adventure, and took many trips to Seattle to be with his mom and Gene where he spent much time on the “creamsicle” the boat he insisted they needed to have. It took him no time to develop and master the art of knee and wakeboarding as well as surfing. BB also had the opportunity to travel to Thailand with his Dad, to celebrate the wedding of his sister Renee and Jeremy. He also spent his 21st birthday in Las Vegas with the Watsons.

BB enjoyed the outdoors,and spent much of his childhood mountain biking and hiking with his dad, exploring the valleys and rivers of southern Alberta. He also enjoyed camping with his Mom, Gene, Charleton, Jamie-Lynn and their kids. BB loved his family, and celebrating holidays. Christmas was his favourite time of year, and these celebrations won’t be the same without his enthusiasm and excitement filling the room. Although Brandan was taken far too soon, his family, friends and the dedicated staff at the Dream center will never forget his gentle heart and beautiful soul but it is comforting to know he is wrapped in the arms of Jesus. The memories that were created will last a lifetime and be forever etched in our hearts. A private celebration was held on Friday, March 26, 2021.