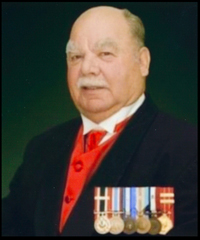 Mr. Charles Arthur ‘Charlie’ Letcher passed away after a short battle with cancer, while at the Medicine Hat Regional Hospital on Saturday, April 17, 2021, at the age of 81 years. Charlie was born in Port Hawkesbury, Cape Breton, Nova Scotia on June 14, 1939, to the late Clair and Mary (nee Allen) Letcher. It was while growing up there that he developed his passion for fishing. Since coming to Alberta, he made many trips to the Blood Indian and Bullshead Reservoir’s and Reesor and Michelle Lakes. Charlie had a fulfilling career in the Royal Canadian Artillery from 1958 to 1993. He served in Picton, ON.; Gagetown, NB.; Shilo, MB.; Cairo and Ismalia, Egypt; Baden, Germany; twice in Cyprus, Saigon and Hanoi Vietnam; Yuma, Arizona; Wainwright, AB.; New Westminster, BC.; Winnipeg, MB and finally in Suffield,â€ˆAB. After retiring, Charlie was an active member of the Royal Canadian Legion in Medicine Hat and the National Association of Federal Retirees. Charlie enjoyed traveling to Mexico, across Canada from BC to NS and to Alaska. He was always ready to give up his time for others including as a Big Brother and a Poppy Fund volunteer. Charlie’s wish to donate his body to science, did not come to fruition due to his declined health. He will be remembered by his sisters, Bette Horton of Mulgrave NS., and Jean Dutcher of Woodstock, NB.; niece, Nancy Derrick of Stittsville, ON.; furry friends, Chewie and Miller; his little buddies, Robert Parkinson and Colton Matheson who he mentored as a Big Brother; his many Brothers at Arms from the military; trusted neighbours, Don and Lynne; coffee buddies as well as many other nieces, nephews and friends. He was predeceased by his brothers, Clair and William. A memorial celebration of Charlie’s life will be held at a future date when restrictions are eased. (Condolences may be expressed by visiting www.cooksouthland.com) Honoured to serve the family is