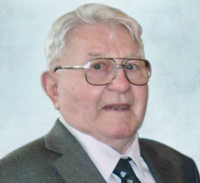 A Private Funeral Mass will be held on Thursday, April 29, 2021 at 1:00 p.m. Family and friends are invited to join Mr. Kundert’s service streamed live at https://mhfh.com/tribute/details/33018/Karl-KUNDERT/obituary.html#tribute-start on the day of the service. For those who are unable to view live, a recording of the service will be posted. Condolences, memories and photos can also be shared and viewed here. A Private Graveside will be held at Hillside Cemetery.

The family would like to thank the staff at AgeCare Walden in Calgary and Chinook Village in Medicine Hat for the care and support they showed Karl.

You may wish to email your family and friends to let them know that the above obituary may be viewed online at: www.mcinnisandholloway.com