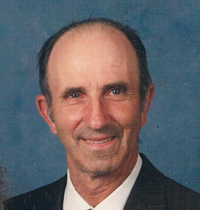 Gerald Lloyd Heise of Medicine Hat, passed away on Tuesday, May 4, 2021 at the age of 87 years, beloved husband of the late Evelyn Heise. He leaves to cherish his memory his daughter, Karen, his grandchildren, Noah, Elijah and Abigail, his sister, Jane(Ed) Halisky, as well as numerous nieces and nephews. He was predeceased by his parents, Gustavus and Edith Heise, his sister, Eleanor Stannard and his wife Evelyn. Gerald was born May 11, 1933 in Lamont, Alberta and was raised on the family farm in Westlock, Alberta. Gerald joined the Canadian Armed Forces at a young age and that became his career. He had postings all over the world, including Europe and Japan, as well as peacekeeping in Korea and Cyprus. It was while he was stationed in Winnipeg that he met Evelyn and they were married on January 19, 1957. Together they travelled all over Europe, while he was stationed there, before settling in Medicine Hat in 1978, after Suffield became his last post, until he retired in 1983. After retirement, Gerald kept active biking and playing tennis and ball hockey. He was in great shape and could keep up with guys almost half his age. Gerald enjoyed visiting with family and friends and will be missed by all who knew and loved him. He was a great believer in the Lord and we take comfort that he is with Him now. Funeral arrangements are entrusted to Saamis Memorial Funeral Chapel and Crematorium. Service to be announced at a later date.