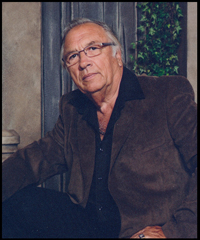 It is with heavy hearts that the family of Albert William Dietz announce his passing in Medicine Hat at the age of 80 years. Albert was the eldest son of Lena and Tony Dietz born on July 14, 1941, in Medicine Hat. Along with his wife, Alvina, left to cherish Albert’s memory is his daughter, Wendy Dietz; son, Darrell (Shanin) and their children, Darren Dietz and Kennedy Dietz as well as his mother-in-law, Helen Leismeister (nee Hoffner). He was predeceased by his parents, Tony and Lena; brother, Dennis Dietz and his father-in-law, Basil Leismeister. Albert was raised in Medicine Hat where he met and married his wife, Alvina Leismeister. They were married in 1961, and would have celebrated their 60th anniversary this year. Soon to follow was their daughter, Wendy in 1961 and son, Darrell in 1967. Albert and his father, Tony formed A. Dietz Trucking Ltd. in 1974 and worked together until Tony’s retirement. In 1985, his son, Darrell joined them in the family business. In 2001, the company changed to Dietz Construction Ltd. Albert took pride in his equipment and business. He enjoyed interacting with all of his business associates. In the winter months, Albert and Alvina liked to travel and experience different sites and cultures. Upon semi-retirement, Albert enjoyed working on his 1967 mustang convertible; it was his pride and joy. He would often cruise around town with the top down, rocking his favourite cowboy hat. Albert also liked watching Darrell and Darren drag race. He had a fondness for animals and he attended many dog shows with Wendy. Albert enjoyed watching his grandchildren play sports and do other activities as well as entertain family and friends. Through health and illness, Albert provided his family with many life lessons they will not forget. He was a devoted husband, father and grandfather who will be sadly missed but never forgotten. The family would like to thank the entire staff at Sunnyside Nursing Home for the excellent care Albert and his family received. A private family service will be held. (Condolences may be expressed by visiting www.cooksouthland.com) If friends so desire, memorial tributes in Albert’s name may be made directly to the Alzheimer’s Society, #306, 10430 – 61 Avenue N.W., Edmonton, Alberta, T2E 8W1 or to the SPCA, 55 Southwest Drive S.W., Medicine Hat, Alberta, T1A 8E8. Honoured to serve the family is

One Condolence for “ALBERT DIETZ”