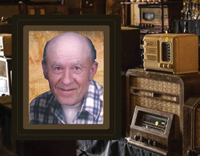 Dale Dieterle, beloved husband of Karen of Burstall, Sask, passed away on Wednesday, May 26, 2021 at the Leader Hospital at the age of 72 years. Dale leaves to cherish his memory his mother, Edna of Leader, Sask; step-son, Kraig (Amanda) Wanner; grandchildren, Daymon and Kayla of Estevan, Sask; step-daughter, Kari-Lyn (Mackenzie) Kosolofski; granddaughter, Sophia of Burstall, Sask; 2 brothers, Eugene (Evelyn), Brad (Kathy) both of Burstall, Sask; sister, Lennette Glauser of Castlegar, BC; 3 brothers-in-law, Gerald (Carol) Garrioch of Thompson, Man, Donald (Lynda) Garrioch of Morinville, AB, Richard (Audrey) Garrioch of Estevan, Sask; sister-in-law, Velma Mann of Edmonton, AB; special aunt, Joyce Neigum of Medicine Hat, AB, as well as numerous nieces, nephews, great nieces, great nephews and cousins. Dale was predeceased by his precious daughter, Crystal; father, Clifford, father and mother-in-law, Raymond and Lillian Garrioch; brothers-in-law, Grant Mann and Bernard Garrioch; niece, Tricia Garrioch; nephews, Clinton Dieterle, Nicholas Mann and many aunts and uncles. Dale Tarence Stanley Dieterle was born November 30, 1948 at Leader, Sask. He was the 1st child of Clifford and Edna Dieterle. He received his education in Burstall, Sask. He started working in the construction industry in 1968. In May of 1973, Dale started working for TransCanada Pipelines at Burstall, Sask until he retired in 2003. Dale met Karen in 1994 through a personal ad in the Western Producer. They married on April 21, 1995 and recently celebrated their 26th anniversary. He often remarked that he never thought that he would get to be a father again and was so proud of Kraig and Kari-Lyn. Then the icing of the cake was when Daymon was born in 2000. He would follow Papa around and say, “Papa hammer” as papa was always fixing something. They would share muffins and gingerale, which Papa called “piss water” and Daymon would get such a kick out of that. When Kayla came along in 2003 he doted on her and let her fix his hair and watched cartoons with her. Papa would fall asleep while watching and they would laugh at his snoring. Then Sophia (Sopher the Gopher) or Soph, as Papa called her came along in 2015. This little girl was the light of his life and brought him much love and happiness. Dale enjoyed collecting and repairing antique radio’s and clocks. He also enjoyed woodworking and built many beautiful pieces of furniture including a grandfather clock. Dale was also mechanically inclined, having built a 1915 T-Bucket car and restored a 1930 Ford Model A car and a 1946 Chev half ton. Dale will be remembered as a talented and hardworking man, loving son, brother, husband and father, and papa who will be forever missed. A graveside service will be held at St. Paul’s Cemetery, Burstall, Sask, or as Sophia would say “the Jesus Park”, at a later date when we can gather together. Those wishing to pay their sympathy can do so with gifts to Burstall Community Hall, Burstall, Sask. Condolences may be sent to condolences@saamis.com subject heading Dale Dieterle. Funeral arrangements by