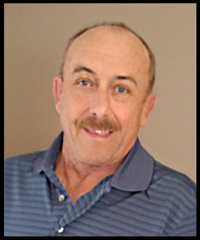 Mr. Donald Frederick Cross, beloved husband and best friend to Kitty and loving dad to Daniel and Nicole, passed away at St. Joseph’s Home – Carmel Hospice on Thursday, June 3, 2021, at the age of 61 years after a long battle with COPD. Also left to cherish his memory is his sister, Bonnie (John), sister-in-law, Barb and Kitty’s siblings, Bill (Paulette) Rennie, Peggy Lovig, Tom (Shelley) Rennie and Mike (Doni) Rennie and numerous nieces and nephews. Don was predeceased by his parents, Bill and Gladys; brothers, Jim and Ken and nephew, Tommy Kundert as well as Kitty’s parents, Bill and Kay Rennie; brother-in-law, Clair Lovig and sister-in-law, Maureen DeGagne. Don was born in Melita, Manitoba on September 29,1959, and raised in Calgary from the age of six. In the 1980’s, he moved to Medicine Hat to work with Johnson Controls doing various projects such as the MHRH expansion in the mid 1980’s. Later on Don worked for various companies as a pipe fitter and his last place of employment was Pronghorn Controls in which he was contracted to Bromley Mechanical. It was here in the Hat that Don met those who would become his lifelong friends. He met Kitty in 1987, and they were married on October 7, 1989. Children followed with Daniel in 1992 and Nicole in 1995. Don was a humble man who liked the simpler things in life: a cold beer on a hot day, spending quality time with the family, attending the kid’s activities when they were younger and visiting friends. He was a die-hard Calgary Flames and Stampeders fan. Don’s sheer grit, deep love for his wife and children and just plain Cross stubbornness enabled him to face his illness with grace and humour. As he would say, “Don’t worry about me – Be happy.” The family would like to thank the caring and compassionate staff of 4W MHRH and St. Joseph’s Home – Carmel Hospice, as well as Dr. Dang and Dr. Jeraj for the excellent care given to Don through the years. Due to current health restrictions, the Service will be by invitation only. The Celebration of Don’s life will be held at Cook Southland Funeral Chapel in Medicine Hat on Thursday, June 10, 2021, at 2:00 p.m. with Life Celebrant Gerry Getz officiating. Interment will follow at Hillside Cemetery. Those wishing to join the family virtually and experience both the Chapel Celebration and Graveside Service are invited to watch via live-stream and may do so by visiting our website at www.cooksouthland.com and selecting the View Broadcast button on the homepage at service time. Donations may be made to Alberta Lung Association, 208 – 18420 Stony Plain Road, Edmonton, AB., T5S 7K6 or to AJ’s Loan Cupboard, Bay 4, 602A Clay Avenue S.E. Medicine Hat, AB., T1A 3V2 or a charity of one’s choice. (Condolences may be expressed by visiting www.cooksouthland.com) Honoured to serve the family is