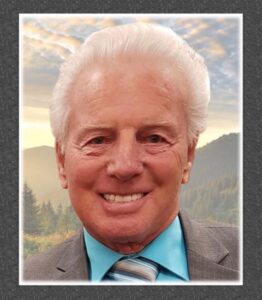 He is also survived by sister, Darlene and family; Aunt Ruth and many other relatives and close friends.

Vern learned to play accordion from an early age and continued to play through his whole life. He loved to play the accordion for others to enjoy and in his later years he could be found at various senior homes playing his accordion.

Vern was raised in the Golden Prairie area and loved nothing more than to visit his hometown, which included some of the old homesteads and McLaren Lake.

Vern had a lifelong appreciation of nature. As a young boy, Vern could be found exploring the prairies, climbing trees and collecting birds’ eggs. He loved to feed the birds and rescued many animals over the years. His granddaughters remember him catching and releasing even the smallest of creatures. Vern and Lorraine spent many hours riding their motorcycle. During their retirement, they enjoyed wintering in Arizona. They travelled many places in their lifetime together including Hawaii, South America, and Alaska to name a few.

Vern was very outgoing and social and loved to talk to anyone. He could make a connection by asking a few simple questions, he had a great memory and a gift to gab.

In 1976, Vern dedicated his life as one of Jehovah Witnesses; he faithfully shared his appreciation of scriptural teachings with others.

The family would like to thank the nurses and doctors at the Medicine Hat hospital for their care and professionalism of our loved one during his final days.

Condolences may be made at www.gracememorial.com. Arrangements are made by