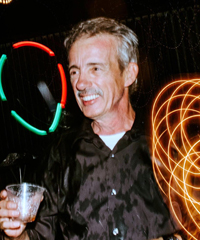 The family of Terry Desrochers is saddened to announce his peaceful passing at St.Joseph’s Home – Carmel Hospice in Medicine Hat on Monday, May 30, 2022, at the age of 64 years. He was predeceased by his parents, Leo and Muriel. In his youth Terry enjoyed playing sports, with hockey and baseball being his favorites. He represented Medicine Hat Little League in a base running competition at Kelowna BC. As an adult, Terry enjoyed camping, fishing, golf, car racing on TV and any community event that was happening. He was very social and had a wide cirlcle of friends. If there was a possibility of some fun, Terry would be present. Terry is survived by his sister, Shelly (Ray) Scherger and their son, Juston Hauck and his brother, Randy (Wanita) Desrochers and their son, Dion (Candice) and their children, Gianna and Max; son, Devin (Myrna); daughter, Desiree (Matt) Pequeno and their daughter, Rome; daughters, Brianne (Kevin) Mock, Jaycene Mock and Janessa Mock. In accordance with Terry’s wishes, the family will have a private memorial at a future date. Donations in Terry’s name may be made to the Canadian Cancer Society, 200 – 325 Manning Road N.E., Calgary, Alberta, T2E 2P5. (Condolences may be expressed by visiting our website at www.cooksouthland.com) Honoured to serve the family is