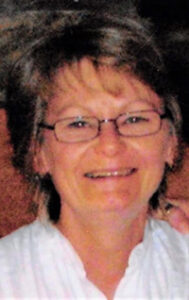 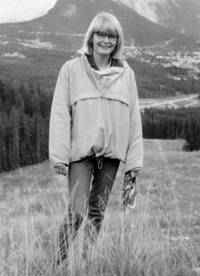 Peacefully on July 11, 2022, Sandra passed away in the arms of her husband Marinus (Rien) at her home in St Albert. She is lovingly remembered by her husband and children Mark Andrew and Marni Lynn, and her grandchildren, Graeme Michael, Peter Jakob and Jessi Marie, sister Norma and husband Rick, brother Robert and extended family and friends.

Sandra grew up in the community of the Highlands in Edmonton, where her parents Lawrence Simonson and Ruby Carmichael moved shortly after Sandra was born. Her happy childhood was shared with her sister Norma and brother Bob, as well as a large close-knit family of both Simonson and Carmichael cousins, aunts, and uncles. Their Highlands home was the location of many happy gatherings, dinners and celebrations.

Sandra cared immensely for Rien from the time they first met sixty-two years ago in the Highlands, and they had nearly fifty-six years of joyful and eventful marriage. She set high standards for her husband and children and happily made sure they were well looked after. When the family built a cottage on Lac St Anne Sandy was active participant in its development and construction, never afraid of working and putting her soul into it, along with the children. Sandy and Rien and Mark and Marni travelled a lot within Alberta, on camping trips and cross-country skiing outings, and got to know many of the back-country destinations in Banff. She supported Rien in all of his sometimes-dubious adventures, including starting his own business as an engineering consultant and a period when he got into marathon running. Rien was the love of her life, and he was the lucky recipient of that love. Her children and grandchildren were equally important.

Sandy was a great cook and those lucky enough to participate in her meals called her regularly for recipes, even at the latter stages of her life. She had an intuitive instinct for manners and dress and set an example for all in how to present themselves, without ever being overbearing or ostentatious. She was the one that remembered all family birthdays and celebrations and was sure to remind her husband of what was coming up in their social calendar.

She was the mainstay of her family and will be immensely missed by Rien as the most important part of his life.

The family is extremely grateful to the care team from Alberta Health Services, who went beyond the call of duty in caring for our wife and mother at home, the professional staff at the newly implemented Alberta Virtual Hospital, and especially Doctor Al Alous, her personal physician.

Memorial donations may be made to the charity of one’s choice.

A celebration of life will be held on August 19 at 2:00 p.m. at the Highlands Golf Club. All are invited.