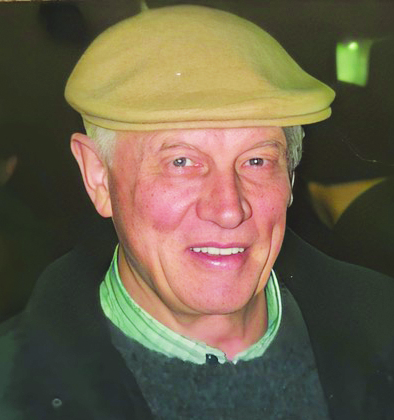 RYK PRINS 1928 2022 Ryk Prins, of Foremost, beloved husband of Sybil Prins and father of John (Jan), Aafke, and Elaine, went home to be with the Lord on October 4, 2022, at the age of 93 years. Ryk was born on October 23, 1928, in Rinusmageest, Netherlands. He spent his early years helping on the Prins’ family farmstead, a formative time to nurture his passion for the farming industry. To follow said passion, at the young age of 25, Ryk first came to Canada on the Dutch emigrant ship the Groote Beer, docking in Halifax, before proceeding to Saskatoon for a farming apprenticeship. Several years later, he returned to the Netherlands and met his soon-to-be wife, Sybil. It was love at first sight, and as a result, a short courtship. After a just two-week holiday with Sybil, Ryk was provided the blessing from her father to marry his daughter. Sybil followed Ryk to Canada, and they were married on Victoria Island, BC, in 1961, eventually settling in Foremost, Alberta, and buying their first farm in 1965. During his time in Foremost, Ryk was actively involved in the community and Burdett Christian Reformed Church. The Prins family moved to Lethbridge in 1996, where Ryk continued to volunteer his time and energy with the Marantha Christian Reformed Church, as well as local food banks, helping fundraise for Bibles for Missions, and being a participating member of thLethbridge Christian Men’s Choir. A pillar of strength for his family, and a shining beacon of faith in the Lord, we will always carry his memory in our hearts. Ryk is survived by Sybil, his wife of 61 years; children Jan Prins (Jana), Aafke (Troy) Loney, and Elaine (Bruce) Wind; 12 grandchildren and eight great grandchildren. He was preceded in death by his parents, four brothers, and three sisters. A Viewing will be held at 7:00 pm on Thursday, October 13, 2022 at MARTIN BROTHERS RIVERVIEW CHAPEL, 610, 4 STREET SOUTH, Lethbridge, Alberta. A Funeral Service will be held at 2:00 pm, on Friday, October 14, 2022 at MARANATHA CHRISTIAN REFORMED CHURCH, 260 McGill Blvd W, Lethbridge, Alberta with Pastor Jim Zondervan, officiating. A private family Interment will be held prior in the Foremost Cemetery.
Visit www.mbfunerals.com to send a condolence.

One Condolence for “RYK PRINS”