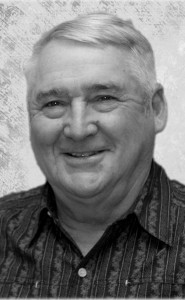 Ed’s desire to serve and his spirit of community led him to be involved with many organizations. Dad was a proud member of the Lethbridge Fire Department for 35 years and remained active through the Firefighter Retiree group, was a member of the Independent Order of Odd Fellows, Lethbridge Rock Club, Sons of Norway, SATRA and River of Life Church. Ed retired in 1992, and along with Olive spent many years building memories with their family, enjoying a variety of outdoor pursuits, farming and travel.

It is our family’s request instead of flowers donation be made to the Lethbridge Fire Fighter’s Charity Association, #6, 3160 – 12 Avenue North, Lethbridge, AB., T1H 5Z1 or charity of your choice.

One Condolence for “GILCHRIST Edward”