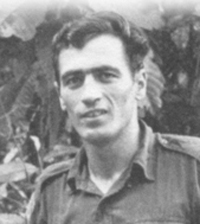 John Leslie “Les” Eagles passed away surrounded by his family on Sunday, December 17, 2017, at St. Joseph’s Home – Carmel Hospice. Husband to Lesley for almost 44 years; father to Kerry and DJ; amazing grandad to Jamie, Jodi, Tianna and Bryton and to the star of the family just now, great-granddaughter, Zaphyara. Les also leaves his family in the UK; daughters, Aileen and Tina; son, Roger; grandchildren, A.J., Jordan and Josh; great-grandson, Cody; brother, Alan (Joan) who when in the UK shared many a good time; younger brother, Rich; sisters, Mary and Fran and brother, Cliff (Linda) who have passed and will be telling jokes with Les by now. Jodi has said that Grandad’s personality allowed him to make many friends over his life time. He was known for his catch phrase, “Let the force be with you”. As always, the support from relatives and friends has helped the family get through this really hard time; son-in-law, Simon (who went from an ‘untouchable’ to “Okay, give us a hug Les”) has been a rock. Les loved life and was never happier then when he was with family and friends telling his tales and jokes. The annual camp-out with friends, Pat, Sam, Sue and Ray… we remember the good times and Port all around. To Bill and Kelly, Les loved you both. From Les to everyone he knew, “Live long and prosper.” Les’ life will be silently remembered by family and friends. (Condolences may be expressed by visiting our website at www.cooksouthland.com) Honoured to serve the family is