December 12, 1913 to December 24, 2012 The family of Wesley Jasiukiewiczannounce, with sadness, his passing at St. Michael’s Care Centre on Monday, December 24, 2012. Wesley immigrated to Canada after the war having served in the Polish Army. He took employment at Reservoir Farms in Raymond where he remained for most of his working […] 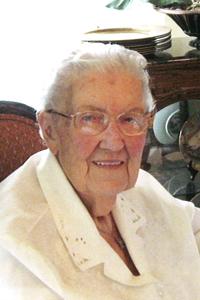 It is with sadness but also with joy that we announce the passing of our beloved mother KATHERINA (KATHE) ENNS on Monday, December 24th 2012. Although she will be missed, we rejoice in the knowledge that she is now in the presence of her Lord and saviour Jesus Christ, and is reunited with her husband […]

The family of Coleen Sekiya regrets to announce the peaceful passing of our dear mother, grandmother, sister, and aunt on Wednesday, December 26th at the Lethbridge Regional Hospital, after a brief illness. Coleen was born in New Westminster, BC. on September 2, 1923 as the eldest child of Gonpei and Namiye Fukunaga. She was predeceased […] 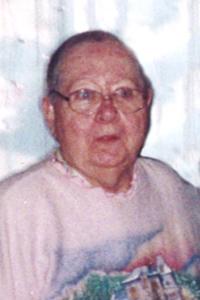 MRS. LUCILLE ANNA BRIAND of Lethbridge passed away peacefully on Wednesday, December 26, 2012 at the age of 75 years. Lucille is survived by her brothers Frank (Georgene) of Coaldale and Denis (Rose-Marie) of Swift Current, SK, as well as numerous nieces, nephews and their families. She was predeceased by her parents Francois and Cecille […]

It is with great sadness that our family announce the passing of GHISLAINE “GIGI” VIAU, on December 21, 2012 at St. Michael’s Palliative Care Centre at the age of 74 years. She will be dearly missed by her husband Pierre, her loving children Nathalie Viau (Todd Masse) and Martin Viau, and her precious grandchildren Andrew […]

Oct 9, 1942 – Dec 18, 2012 Shirley Dianne Lipsack (Traxel) of Kaslo, British Columbia passed away at the Victorian Community Health Center in Kaslo on December 18, 2012 due to complications from ovarian cancer. Shirley came to Kaslo from Calgary in the mid 2000’s to be with Kurt Patella, who passed away on November […]