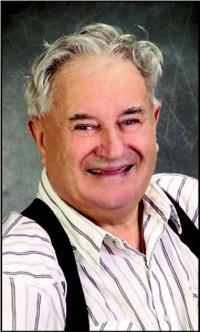 1928 – 2013 William Alexander Racz, beloved husband of Doreen Racz, passed away in Lethbridge with family by his side on Thursday, February 7, 2013 at the age of 84 years. The Graveside Service will be held at the Vauxhall Cemetery on Monday, February 11, 2013 at 1:00 P.M. with Pastor Elroy Senneker officiating. Condolences […] 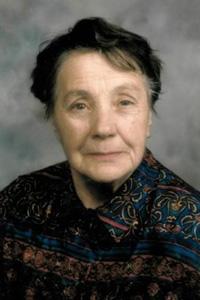 STEFANIA NESTOROWICZ of Coaldale, passed away of natural causes, at the Cedar Creek AdaptaCare on Thursday, February 07, 2013, at the age of 87 years. Stefania is predeceased by her husband, Zygmont and grandsons, Timothy and Loren who will be meeting her in heaven. “Baba” leaves behind a very large, loving family who will remember […]

MARY BATTING of Lethbridge, beloved wife of Dr. William R Batting, passed away peacefully on Thursday, February 7, 2013 at the age of 87 years. Mary was a loving and caring mother and wife and will be missed greatly by her family, friends, and all who knew her. Mary was born in Radcliff, SK on […]

Bertha Evelyn Mehrer (Eliasson) passed away peacefully at the age of 95 years at Riverview Care Centre on Friday, February 8th, 2013. Left to cherish her memory are her husband, Paul Mehrer; her daughter, Doreen (Jim) Schank; her sons, Carl (Jean) Eliasson, Gerald (Bernadette) Eliasson and Olaf (Betty) Eliasson; as well as her grandchildren, Kim, […]

Stephen James Schatz, beloved husband of Kathy Schatz, suddenly passed away on February 5, 2013 at the age of 53. He was born in Medicine Hat, Alberta on December 9, 1959.  He married Kathy in September 27, 1980 and together they took over his parents’ farm in Hilda, AB. They lived and worked there until […]