MISS MARTHA ROGALSKY of Coaldale passed away at the Chinook Regional Hospital on Monday, August 27, 2012 at the age of 87 years. Martha was born to Mary and Henry Rogalsky on August 31, 1924 in Schumanovka, Russian Federation, and migrated to Canada with her parents and family at the age of one year. She […]

CLARK BOHMER of Lethbridge, beloved husband of Marianne, passed away suddenly on August 27th at the age of 35 years. Besides his loving wife, Clark is survived by his mother Linda of the Crowsnest Pass, he was the proud stepfather of Kristen (Richard) Vanderwal and Justin Jarvie of Lethbridge. He is also survived by his […]

RICHARD FRANK (DICK) ANDERSON, passed away on August 29, 2012, in Raymond, Alberta, at the age of 62. He will be greatly missed by his wife of thirty-nine years, Janice Nelson Anderson, his children: Terra (Jared) Christensen, Brandi (Bob) Wright, Robyn (Scott) Evanson, Tiffany (Alex) Mosaico, Chelsa (Paul) Fisher, and Jordan (Diana) Anderson; and his […] 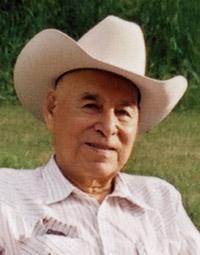